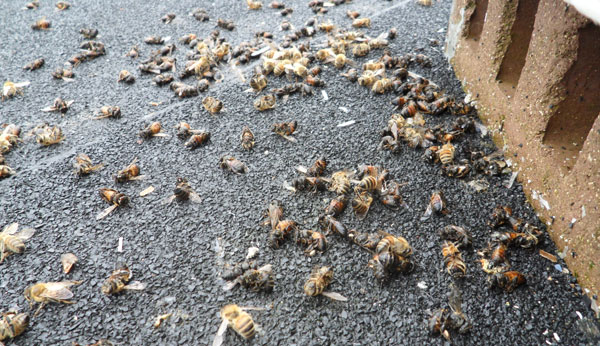 (from Cornucopia) In September, a large number of bees were mysteriously found dead in Minneapolis.

The researchers collected samples of dead bees and sent them into a laboratory in New York, where it was affirmed that the bees became poisoned by fipronil. Fipronil is an insecticide widely used by commercial businesses all around their buildings.

The researchers determined that the insecticide wasn’t employed by state or local government employees. The toxin was likely sprayed either commercially or a local resident sprayed the toxin around. Because of the location of the incident it would probably be hard to know who to hold accountable for this. The MDA stated that it’s not likely to investigate the issue further.

This episode acts as a great instance of the tremendous unintended outcomes that pesticides might have on the environment and shows that, despite what’s conventionally practiced, extreme care ought to be utilized whenever using pesticides.